How much Do you know about swarming?

Due to the Varroa situation and “Emergency Order” in place for all of NSW, bee swarms are not permitted to be moved from their respective location. Our members may be able to assist in re-homing a bee swarm to a temporary hive box, however the bees must remain where they are found until further direction is given from the NSW Department of Primary Industries. We realise that this could be a major inconvenience. Please feel free to reach out to our Club Public Officer Andrew Wilson on 0410-440-042 for further advice.

Below is a list of our swarm collectors who may be able to assist in the temporary re-homing of the bees.

How to have your swarm or colony
collected and removed

It is important to phone someone as soon as the swarm is noticed as the scout bees may very quickly find an entrance into the walls or roof of your house and once inside they maybe very difficult and possibly expensive to remove.

It is in your best interest to phone the member living closest to you and continue phoning others until you find someone who can come as soon as possible.

The cost of and timing for removal of bees shall be a negotiated arrangement between the member and the person requesting the removal. NSBKA accepts no responsibility or liability in any case.

The NSBKA offers this service to the community as a free service, and does not charge for the catching of Swarms. A collector may accept donations to the Club in return for removing unwanted bee swarms or provide these NSBKA account details.

The hum of bees is the voice of garden

A natural instinct of a bee colony is to swarm and leave its hive to establish another colony elsewhere. This is the way that bees increase their numbers to survive as a species.

Swarms normally occur in the spring and early summer months. When bees swarm, they move out of the hive and fly to a new temporary location on a post, tree or fence in your backyard.

Once the swarm of bees has landed and settled, it clusters into a tight ball, which can vary in size from 200- 600mm in diameter. The bees will stay in this temporary location until a new permanent home is found and then the whole swarm will fly away again.

Is a Bee Swarm dangerous?

Swarming bees are not likely to attack and sting unless they are provoked by some sort of interference. There are a couple of reasons for this docile behavior.

While they are swarming and are temporarily settled, there are scout bees out looking for a new home and in their minds the swarm does not have a home to protect, so defensive behavior patterns are suspended until the new home is found. Another reason swarm bees are docile is that they leave their original home with bellies full of honey and this limits their lower body movement making it difficult to successfully sting.

If a swarm of bees arrives at your house, stay inside till the swarm has clustered and most of the bees have stopped flying. Watch for foraging bees flying to and from the swarm, as they may not see you and could get caught in your hair or clothing.

When you go outside, wear footwear to protect your feet in case some bees have landed on the ground.

What not to do

Do not attempt to move the swarm by hosing it, throwing stones at it, or poking it with a stick. This action will only aggravate the bees and encourage them to sting in defense.

It is safest to not attempt to remove a swarm yourself unless you have experience in handling bees.

NOTE: As varroa situation is in flux, these guidelines might be changed without notice.

To be eligible to be added to the list you will need to meet the following requirements:

Swarms will be collected by our Swarm Coordinator or a person authorised to catch a swarm under the current regulations. They will also conduct the alcohol wash on and pass on required notifications to DPI NSW.

You will be notified and asked to confirm that you will pick up the swarm that evening (Swarms MUST be collected same day!!!). If you are available you can join to collect the swarm.

It is a requirement that you have completed a Beginners Beekeeping course, or are currently enrolled in one.

The swarming season on the North Shore region of Sydney is generally from late August / early September till the end of December.

Welcome to the wonderful world of beekeeping!!! 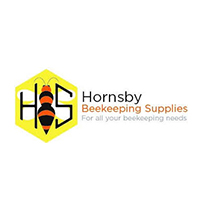 Any questions or enquiries? Talk to us today!